The Malaysia government’s Movement Control Order was an attempt to control the spread of the Covid-19 pandemic. However, its well-meaning efforts to restrict movement, assembly, and international travel had an unfortunate impact on vulnerable people. Yellow House is still striving to soften this blow.

Temporarily closing businesses, industries, government and educational institutions caused a significant slow-down in the economy. This knocked on to people working half-time for the duration, or losing jobs permanently. The effect was greatest on the poor, many of whom have still not surfaced from forced poverty.

Any Donation Big or Small Will Help that Situation

Many marginalised, underprivileged Malaysians are still struggling to survive, after they lost their fragile link to the economy.  They could be helpless to fight back were it not for charities like Yellow House and its network of supporters.

They help them get by, sometimes with one meal at a time. Perhaps they are reaching out to you at this moment saying please help with anything you can. The poor will always be with us, as also we believe at Incitement our social duty to help.

More about Yellow House and Its Contribution

Yellow House established seven years ago as a Malaysian grassroots community organization, dedicated to sustaining lives of impoverished people in urban, rural and refugee communities. Since then it became an international outreach of 700 volunteers in over 40 countries.

The movement began with a realization many compatriots felt the same way about providing real, substantial and continuous help to the marginalized people of our country. A strong board of trustees reached out to supportive organizations, as donations began to trickle in.

Since then, Yellow House has grown to a dynamic social enterprise promoting volunteerism and social impact. However, it still focuses its attention on two core social issues in Malaysia, namely the homeless and refugees.

Everything Yellow House does is judged by a single purpose. This benchmark is to increase the employability of the marginalized community so they may lead better, sustainable lives.

The charity is deeply mindful of its duty to use all donations wisely and fairly. Therefore, it provides equal opportunities in the workplace, with all hiring based on merit and role match. It also strives to maintain as low a carbon footprint as reasonably achievable.

Furthermore, the non-profit practices transparency and upholds high ethical standards. Some 60% of donations impact its beneficiaries directly, with the balance going to making this possible.

Yellow House in Action among Street People and Refugees

Small jobs during this phase help them recover their resilience, confidence, dignity and independence. They also receive meaningful financial income preparing them to re-enter the mainstream economy.

Having real jobs and earning real wages helps create a meaningful relationship within which Yellow House mentors help them connect to counselling, substance abuse rehabilitation, and access to health care, etc. in a more dignified manner.

Is this something you might like to support through a single or regular donation? This is meaningful, grass-roots work to gradually fix one of Malaysia’s most pressing social challenges, so we can move forward together.

Malaysia has not signed the United Nations convention on refugees and migrant rights. Refugees in our country often live from hand to mouth while they wait for United High Commissioner for Refugees to resettle them elsewhere.

Yellow House tries its best to sustain as many of them as it can, by providing sustainable livelihood interventions enabling them to survive. It achieves this through helping them to become self-sufficient, learn new skills and pursue economic opportunities.

Feet on the Ground Hoping for Donations

Yellow House engages at grassroots level and hope to make the difference where it really matters. United High Commissioner for Refugees estimates Malaysia hosts some 181,000 refugees and asylum-seekers. Moreover we believe there are several thousand rough sleepers in Kuala Lumpur alone.

Yellow House is up the challenge, but it needs financial support to back up its efforts. Your donation could sustain several families while they strive to regain the independence the rest of us take for granted. Perhaps this is something you would like to support?

Support Yellow House on Incitement or visit their website to learn more. Also make sure to check out these 15 Malaysian charities that could use your support in 2022.

MAKNA Because We Can Reduce the Burden of Cancer

Breast Cancer Awareness Month Is a Time for Giving

MAKNA Because We Can Reduce the Burden of Cancer 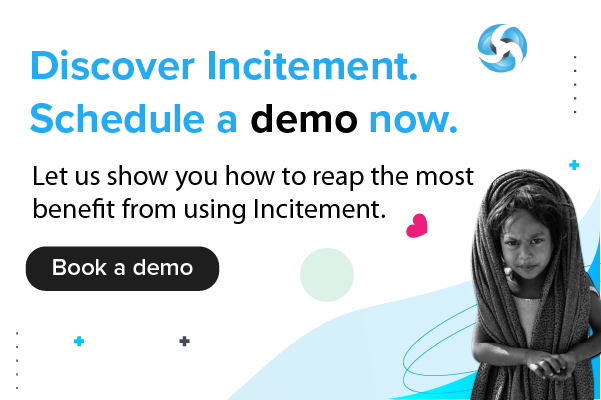 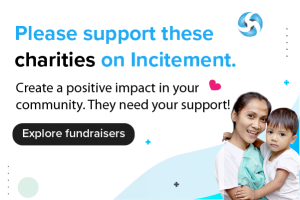